Alighiero Fabrizio Boetti was born on 16 December, at 5 Corso Trento in the Crocetta district of Turin.

He came of an aristocratic family originally from Fossano (Cuneo). The Counts Boetti had lost their landed estates in the nineteenth century and the following generations practiced the legal profession in the city. 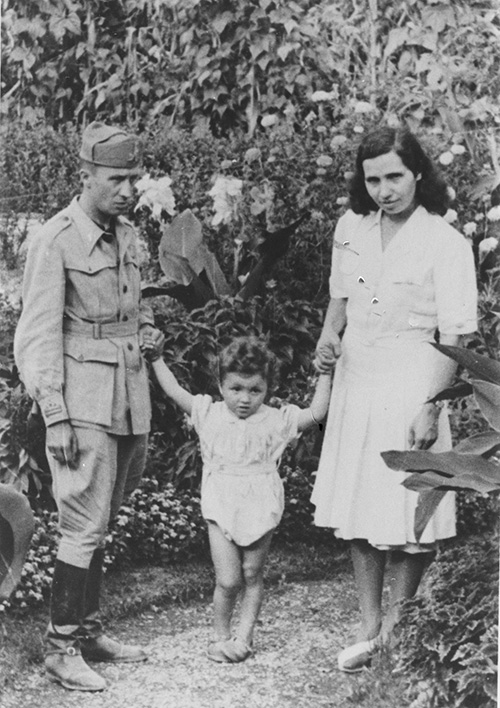 His father, Corrado, was a lawyer. His mother, Adelina Marchisio, had been a promising violinist but devoted herself to domestic life, while his sister Elena had a significant career as a pianist and teacher at the City Conservatory of Music. With his elder brother Gualtiero, Alighiero passed an unhappy early childhood, having been evacuated with their mother to Giaveno in the countryside until the war’s end, while their father was at the front.

His adolescence in the postwar years was even more difficult. His parents separated in 1949 and he grew apart from his father, who offered him very little emotional or practical support. Alighiero attended Michele Coppino Primary School, the Germano Sommeiller Technical School. He then enrolled very unwillingly in Business School but soon dropped out.