AB moved on to a new kind of drawing in India ink, doing black Chinese shadows and silhouettes: simplified outlines of combs, tumblers and bottles, industrial equipment, desk lamps, microphones, still and movie cameras. Boetti exhibited these drawings for the first time in 1981 in Paris and ten years later at his retrospective in Bonn.

“With microphones, lamps and viewfinders, still cameras and movie cameras, I wanted to create situations that engaged the viewer in a new dimension. Of the theater, in short.” 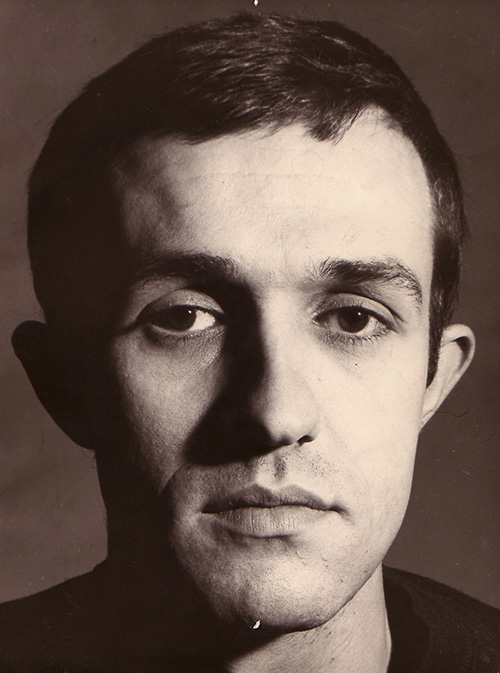 In the summer he began working in a small studio, a former porter’s lodge close to his apartment in Via Montevecchio where he had moved. These first non- pictorial works turned on the energy of “things,” which broke through the mural plane. Subsequently they were destroyed by the artist himself and only some sketches of them remain.

In conversation with Mirella Bandini in 1972, he said:
“The first was a masonite panel from which emerged a fist, a cast of my own, while I was on the other side of the wall. The idea was the energy of a wall opening out… Then I did other panels, a hand offering a chair; the chair was cut in half, with one part entering the painting.”