AB had already spent two years thinking about the need to create a portfolio that would bring together drawings and projects of past and present activities.
He involved the printer Rinaldo Rossi, who had already worked with him in ’67. When completed in ’76, with eighty-one plates, the portfolio was given the definitive title Insicuro noncurante. Perhaps while he was working on this, the artist realized that some works related to the drawings he was collecting had been lost. They were the works exhibited in his solo exhibition at the Galleria La Bertesca in Genoa in December 1967 and reproduced in the catalog. He therefore authorized in writing a friend of his, a Milanese art dealer, to remake “the works in concrete produced in 1967 which have been destroyed. Firstly: 100 quadrati and A coltello.” But these works were never remade and today only period photographs of them remain. 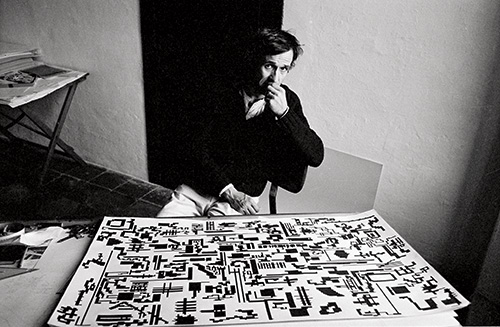 Alighiero Boetti in front of the Natural History of Multiplication in his studio in Trastevere, photo by Gianfranco Gorgoni

The spring issue of Data carried an article by Tommaso Trini titled Alighiero Boetti: The World’s 1000 Longest Rivers. The Boetti had almost completed the classification.
In April, Boetti traveled to Afghanistan with Francesco Clemente. In May at the Lucerne Kunstmuseum, AB participated in the group exhibition “Ein Werk für einen Raum” (each artist presented a single work in a room measuring 7 × 7 meters), curated by J.C. Ammann, where he showed the large Dama. In the catalog Ammann wrote: “Form does not mean formalization, an abstract plan of the work. Always starting from life, Boetti gives the work a richness of aspects whose formalizations, often lapidary, are the hallmark of the cosmos: Ordine e disordine arranged in a square is an example.”
The curator saw a continuity in Boetti’s work, through concepts like “the problem of harmony” or “the annulling of contradictions as a categorical intent.” 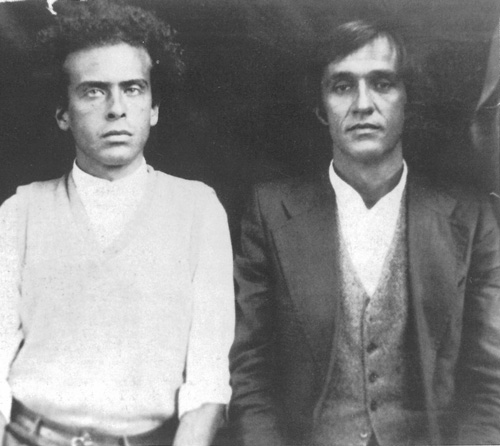 In the summer he traveled widely in Guatemala. He returned with the series of photographs titled Guatemala, on the theme of the self and the other.

“Four photos, taken by four photographers who had come to the village festival, with their backdrops. Each photograph was printed in two copies, one being given to me, the other to my companion in the photo. Here in Italy, the foreigner in the photograph is the Guatemalan. Back there, in the photo posted on the wall of some house perched on one of the many volcanoes, I’m the foreigner.” 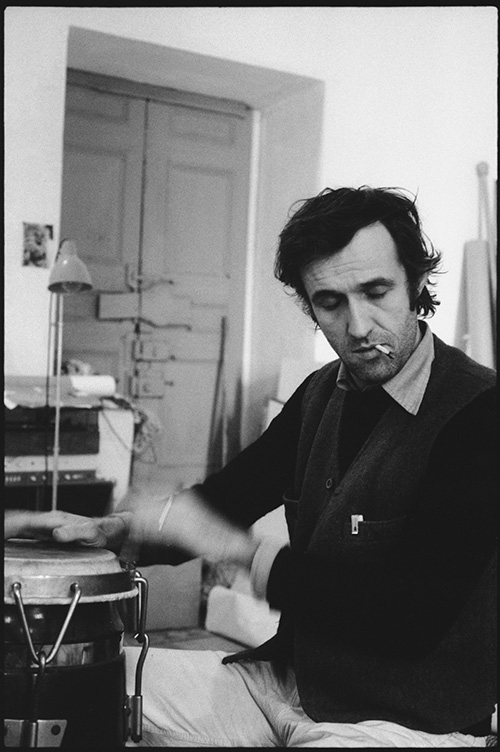 Alighiero Boetti in front of Estate’70 in his Roman studio, 1975, photo by Antonia Mulas

Following Cimento dell’armonia e dell’invenzione, Boetti produced a new type of work. It was executed on sheets of squared paper measuring 70 × 100 cm. The procedure consisted in blackening some of the squares using ballpoint (as he had done in Autodisporsi, the invitation to the Galleria Verna) on the basis of various arithmetical mechanisms: quantitative equivalences between addition and subtraction, alternation between odd and even, the infinite potential of multiplication, and periodic numbers, always by starting from elementary rules capable of generating endless invention.

“Number is the sole real entity that exists in the universe. Numbers are the sole entities that exist independently, in the sense that, if is true that by convention we put B after A, it is not by convention that we put 2 after 1, it is an overwhelming reality. For example, when I see a piece of quartz, I cannot see it as something dead. I see it as a formula of numbers that at a certain moment—perhaps because a drop falls and triggers some chemical procedure—grows and in an instant this perfect, crystalline hexagon appears, these perfectly interlocking molecules… Fibonacci teaches that the number of seeds in a sunflower develops in a precise series. Numbers are crazy entities, totally crazy…”. 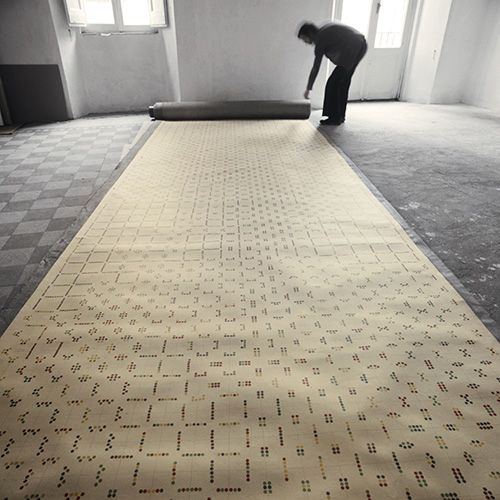 “Unlike the logical and unambiguous progression of addition, multiplication proceeds by a twofold mental process: the growth within each form corresponds to an equivalent growth in the number of forms.” 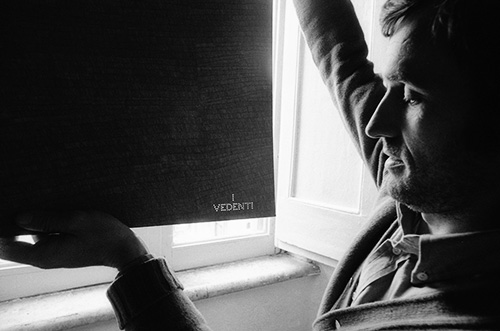 These works were all drawn in pencil by the artist and then gone over in black ballpoint by his assistant Mariangela De Gaetano. The first were exhibited the following year.
The works in embroidery were performed at the same time as the works in ballpoint. In fact, starting from Ordine e disordine, he used many phrases in both strands of his work, even in the course of the eighties, as was the case with Dare tempo al tempo and Ammazzare il tempo.
AB began to produce his first Calendari, by selecting from the 365 sheets of an ordinary astronomical calendar only those containing one or more numbers which could be used to compose the digits of the new year, a figure that determined the variable number of works he could produce. Greetings gifts created exclusively for his friends, they gave rise to a tradition which he continued until his last new year. 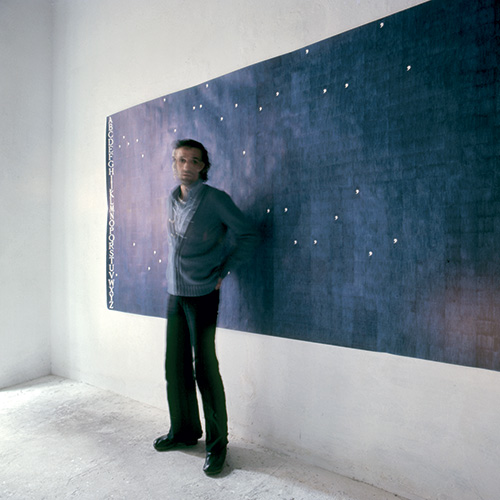